Dementia is a general term for progressive disorders affecting the brain. These disorders often overlap in their symptoms. Dementia is not a specific disease. It’s an overall term that describes a group of symptoms.
Here’s a quick snapshot of some of the various forms it takes.

Alzheimer’s is the most common type of dementia, but there are many kinds. Memory loss that disrupts daily life may be a symptom of Alzheimer’s or other dementia.
ALZHEIMER’S DISEASE: Irreversibly destroys brain cells causing thinking and memory to deteriorate. The causes are still unknown. Alzheimer’s is a brain disease that causes a slow decline in memory, thinking and reasoning skills. Alzheimer’s disease is a degenerative brain disease and the most common form of dementia.

VASCULAR DEMENTIA (can be related to strokes): Decline in thinking skills caused by blocked/reduced blood flow to brain regions, depriving them of oxygen and nutrients. Vascular dementia is a general term describing problems with reasoning, planning, judgment, memory and other thought processes caused by brain damage from impaired blood flow to your brain.

FRONTOTEMPORAL DEMENTIA: Frontotemporal dementia is an umbrella term for a group of brain disorders that primarily affect the frontal and temporal lobes of the brain. These areas of the brain are generally associated with personality, behavior and language.

Progressive degeneration of the temporal and frontal lobes of the brain responsible for decision-making, behavioral control, emotion, and language.

Parkinson’s disease is a progressive disorder that affects the nervous system and the parts of the body controlled by the nerves. Symptoms start slowly. The first symptom may be a barely noticeable tremor in just one hand. Tremors are common, but the disorder may also cause stiffness or slowing of movement.

HUNTINGTON’S DISEASE: A fatal genetic disorder that causes the progressive breakdown of nerve cells in the brain, deteriorating a person’s physical and mental abilities.

Huntington’s disease is a rare, inherited disease that causes the progressive breakdown (degeneration) of nerve cells in the brain. Huntington’s disease has a wide impact on a person’s functional abilities and usually results in movement, thinking (cognitive) and psychiatric disorders.

MIXED DEMENTIA: Studies of the brains of people 80 and older who had dementia indicate that many had a combination of several causes, such as Alzheimer’s disease, vascular dementia, and Lewy body dementia.

If you notice any changes in yourself or another person, it is important to speak to a doctor to figure out what is going on. It is natural to feel uncertain or nervous when discussing these changes, but they are significant health concerns that need to be evaluated.

No matter which type of dementia you or your loved one has, Generation’s Memory Care has decades of compassionate, comprehensive, and licensed experience caring for residents who need the extra care.

10 Early Signs and Symptom’s of Alzheimer’s 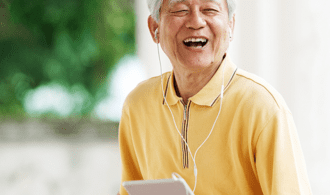 The Power of Music and Memory Care

When you hear a particular song, it conjures the exact place and time in your life when you first… 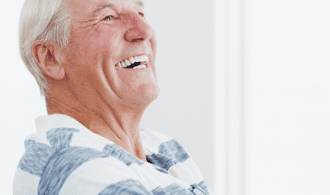 We have multiple communities designed to meet the needs of residents who live with dementia,…